THE YOUNG ALCHEMISTS UPCOMING FILM SERIES IS BEING PRODUCED IN PARTNERSHIP WITH JOHN KURI AND ELIXIR ENTERTAINMENT.

John’s Disney experience includes his apprenticeship in art direction, encompassed work in areas of the company ranging from television/ motion picture production to theme park design and operations. Following the Disney years John gained experience with many studios on a variety of movies and television productions. He is a member of the Academy of Motion Picture Arts and Sciences, nominated to the Board of Governors in June of 2022. A member of Writers Guild of America, the Directors Guild of America, and the Art Directors Guild, John has production experience in many U.S. states including Hawaii, in Canada’s Vancouver, Calgary, Edmonton, and Montreal, as well as Ireland, England, Panama, Abu Dhabi in the UAE and Japan. In 2008 John was asked by Dr. Roy Godson, president of the Washington based NGO, National Strategy Information Center, to join its Culture of Lawfulness Project as a Senior Fellow. Sponsored by the U.S. Dept. of State and Georgetown University’s Center for Democracy and Civil Society, the NSIC conferences took John to Italy, Abu Dhabi, Dubai, Bahrain, Jordan, Lebanon, Mexico, Panama and Colombia for challenging interactions and mentoring with government officials, journalists, television executives, producers, presenters, and writers.

In addition to his screenplays, eleven of John’s works have been published. His historical novel, Cheyenne Rising Sun, arrived in bookstores in September of 2004 and rose to #1 on bestseller lists in several cities. In 2018 it was selected for inclusion in the archives of the American Philosophical Society, the first learned society in the United States and founded by Benjamin Franklin. John’s third novel, Takin’ It Back, previewed in June 2005 at Book Expo America in NYC and its hardcover edition was released in September of that year. Shaquille O’Neal, Bill Walton, NYPD Commissioner William J Bratton, and the NBA endorsed the book. A CBS one-hour special Pride, Passion, and Power introduced John and promoted the novel. His fourth book, ROD, with the foreword by legendary sports caster Keith Jackson, released June 2008 at Book Expo America.

John’s IMDB has over 140-screen credits. He is co-creator of the Warner Brothers/ABC police drama, Ohara, starring Pat Morita and Catherine Keener. Through his company he co-wrote, produced and directed 2nd unit for the MGM movie, Captive Hearts. Following that he wrote Determined to Live: An American Epic, published in Frontier Times Magazine. He then wrote a screenplay adaptation that became a motion picture he produced (and directed 2nd unit) for Disney/ ABC under the title, One More Mountain – earning the Christopher Award. Following that John designed, wrote and directed a multi-media CD-ROM science fiction game, Dreggs. He has written, directed and edited several documentary shorts and music videos. He was nominated for an Emmy® for NBC’s movie of John Steinbeck’s, The Red Pony, starring Henry Fonda. He produced Ron Howard’s Skyward, starring Bette Davis, as well directed its flying sequences for which he also piloted the camera plane. NY Times critic John J. O’Connor described John’s aerial work “Swoopingly beautiful.” He flew wingtip formation with WWII a P-51 Mustang and Hawker Sea Fury, and photographed the Blue Angels for the TV series Airwolf. Conagher, a film John produced with its star Sam Elliot, (debuting as TNT’s highest-rated two-hour drama) was awarded the National Cowboy & Western Heritage Museum Bronze Wrangler.

John directed and edited documentary shorts presenting the role of music on the Civil Rights Movement and Protest Movement, and a third short on the Birth of Rock & Roll for the NARAS 50th Anniversary Grammy® celebration. He directed the pilot for a music performance series titled Stay Tuned, hosted by Peter Coyote. John produced, wrote, directed, edited, and operated one of the principal cameras during the production of concerts including the Lincoln Center North American Premiere of Mongolia Concert and Central Park Summer Concert’s Sudan Music and Dance Festival A devotee of jazz guitar, John plays in Los Angeles with his jazz sextet, Elixir & Friends. They are seen in this video link in concert at Levitt Pavilion in Pasadena.

John has guest lectured at UCLA, UCI, and Saddleback College. He moderated “Interactive Writing” for Media World, was a panelist for “Digital Dreams” at the Mill Valley Film Festival, and was a panelist on the subjects of “Feature Film Distribution” and “Screenwriting” for the Newport Beach Film Festival. His documentary The Big T: Testosterone was a selection of the 2018 Directors Circle of Shorts International Film Festival. John participated in Red Bull High Performance “Hacking Creativity” project, an exploration of human potential studying what creativity is, means, if it can be learned, and how to apply such knowledge.

ELON MUSK INSPIRE STUDENTS AT ROSEFORD ACADEMY OF SCIENCE’S THROUGH HIS FUTURISTIC VISION AND DEVELOPMENT OF CONCEPTS OF HIGH TECHNOLOGY, THOSE IDEAS CONTRIBUTING TO EARTH’S EVOLUTION AS WE TAKE A GIANT LEAP INTO THE PLANETARY SOCIETY. 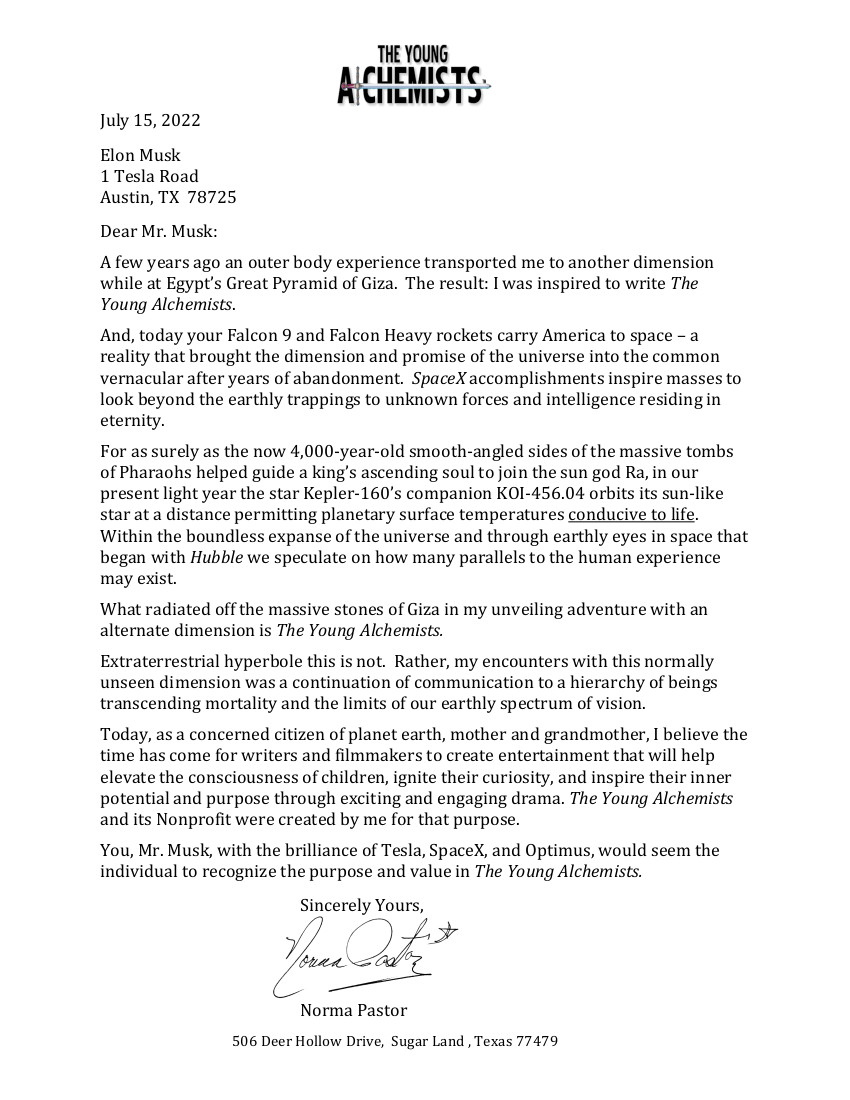 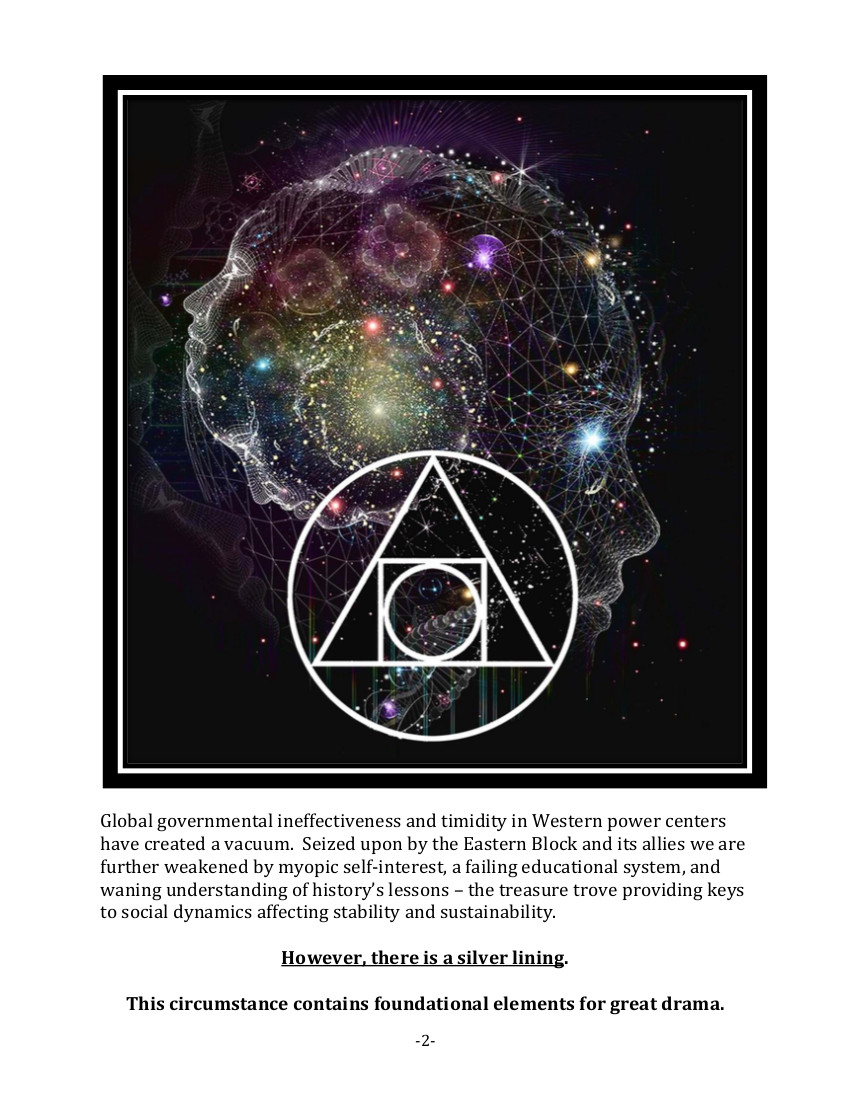 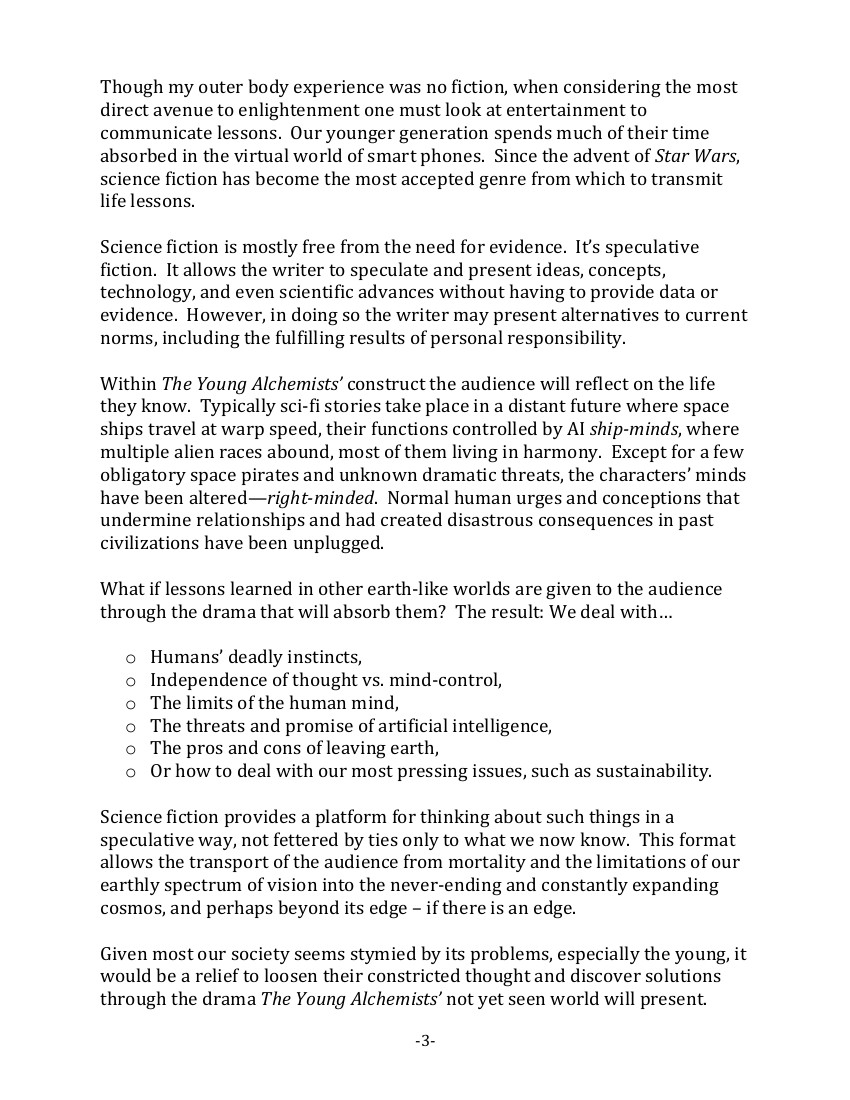 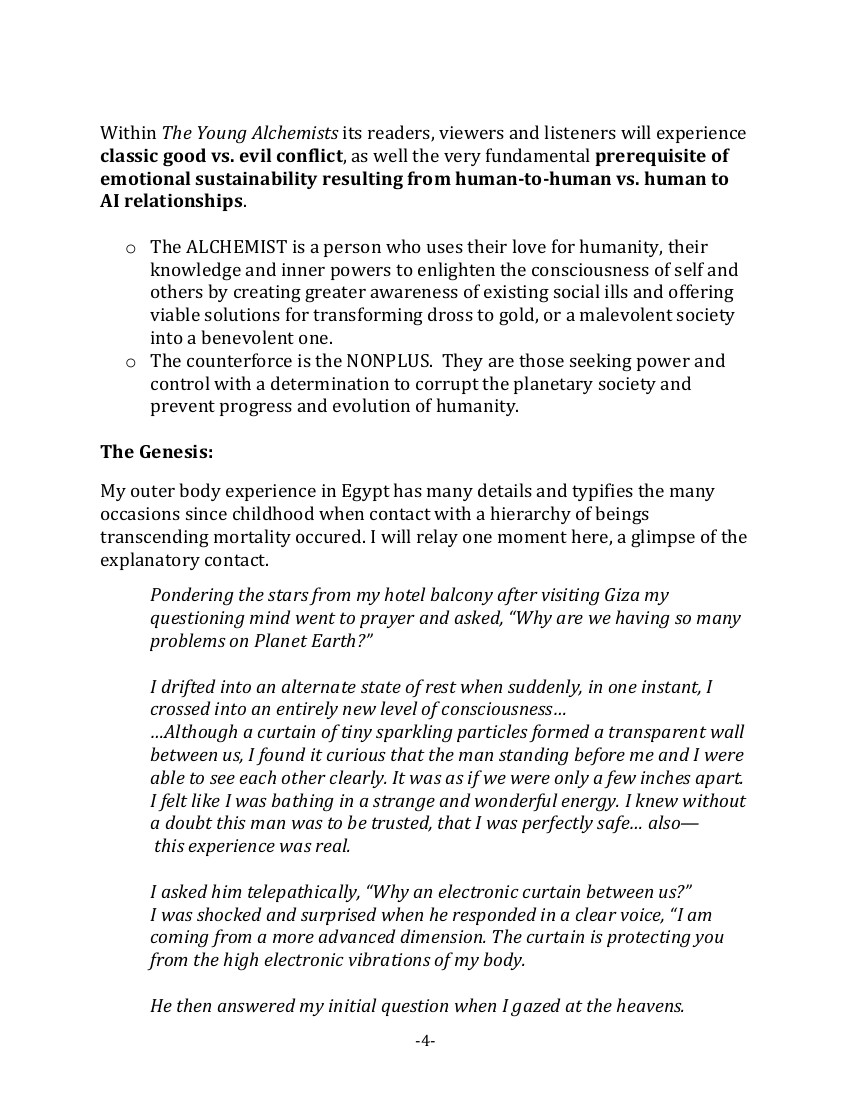 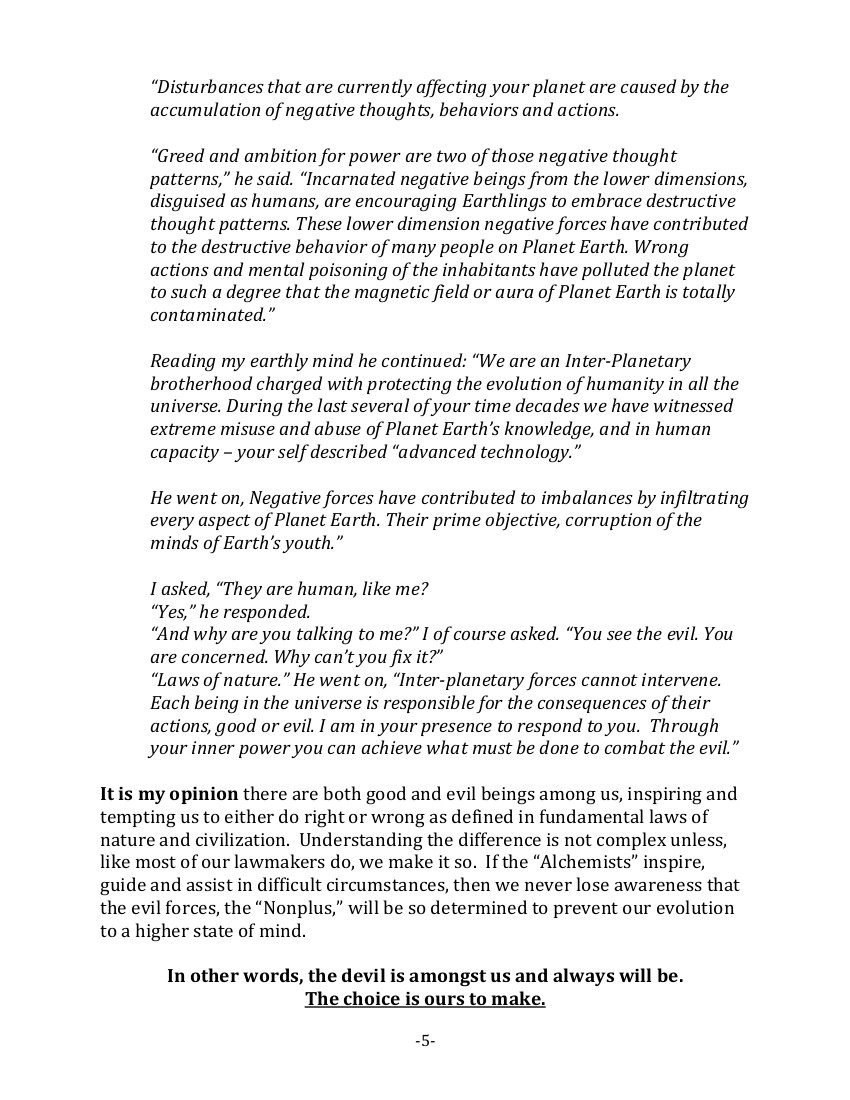 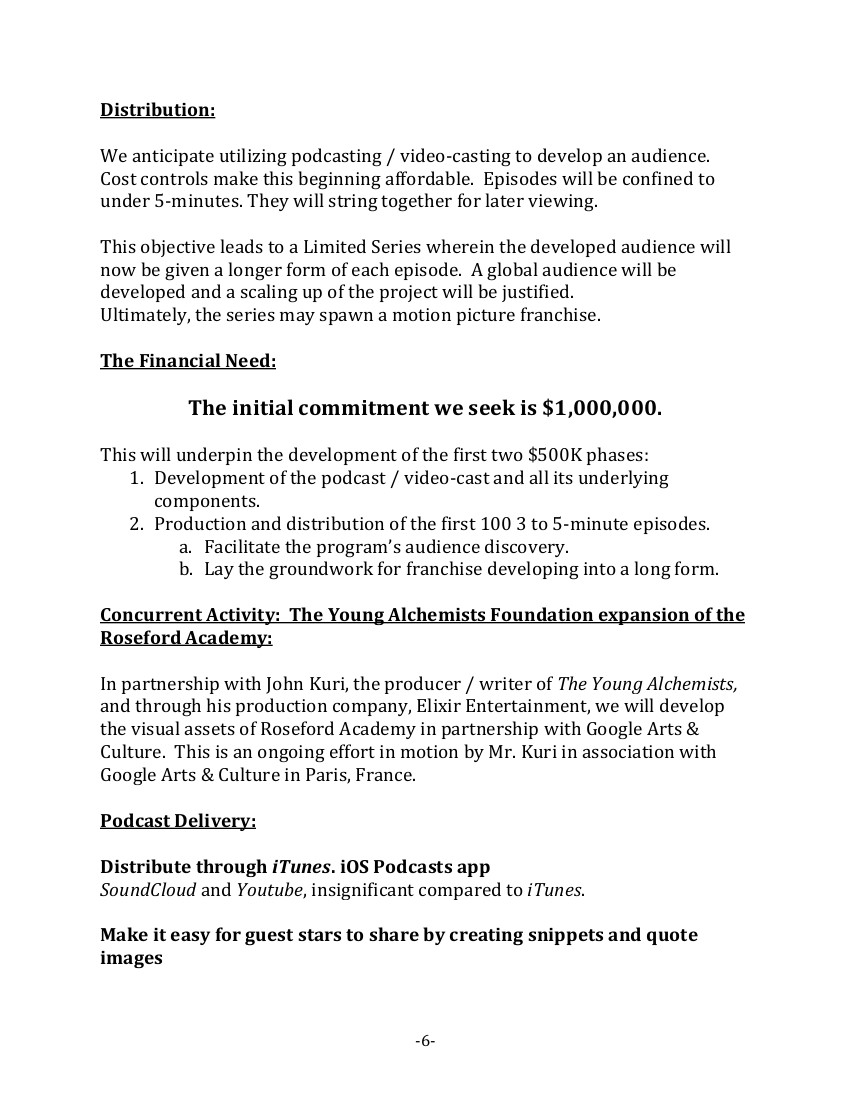 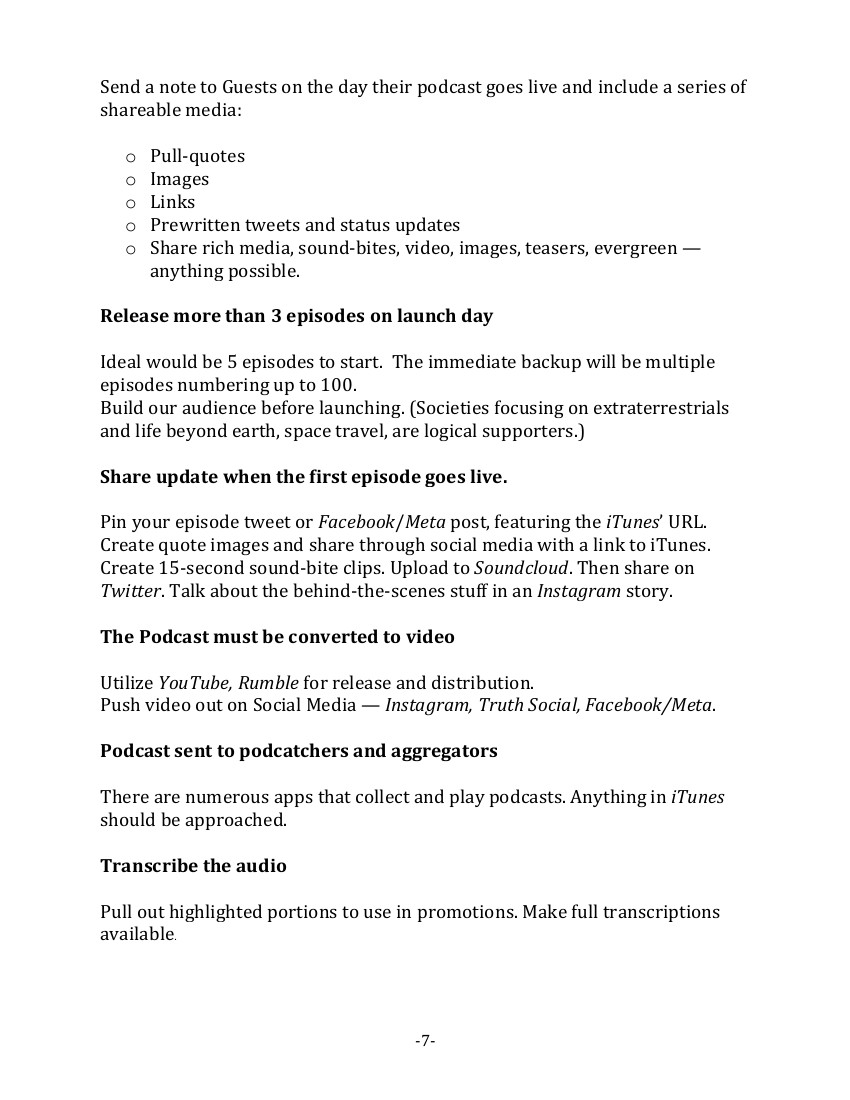 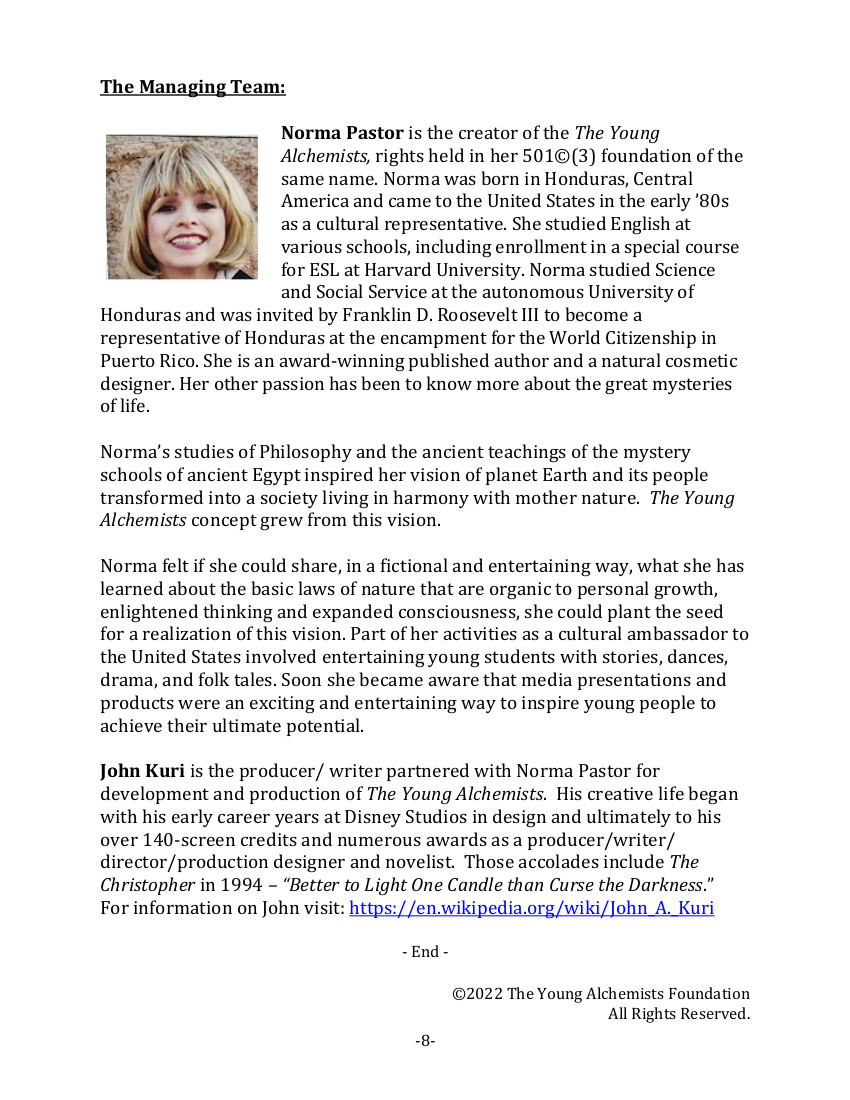